Nomadix's in-crowd marketing plaftorm enables clients to deliver messages that move with their audience. Unlike fixed static media, its wearable design makes it both portable and personable.

Nomadix Media had identified a requirement for an upgrade to their existing overhead digital signage system (pictured here) which had been designed by a previous design consultancy. Nomadix were keen to deliver superior user experience with the updated version by offering a premium look that was comfortable, easy to wear and operate.

The iWalker consists of a 19” sunlight viewable LED screen system mounted above the wearers head, and is equipped with a high quality sound system and integrated computer. The media system is powered by battery modules that are mounted on the secure waist belt. 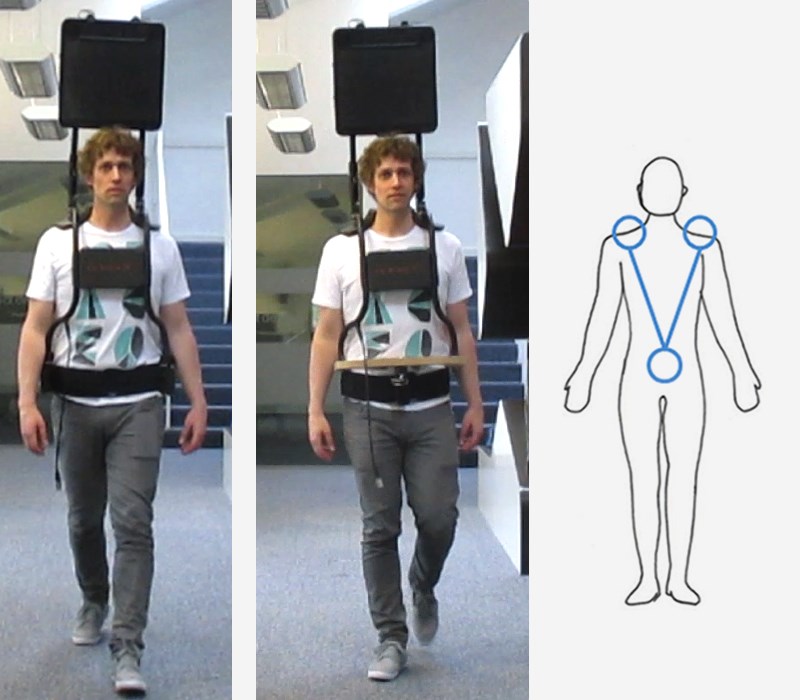 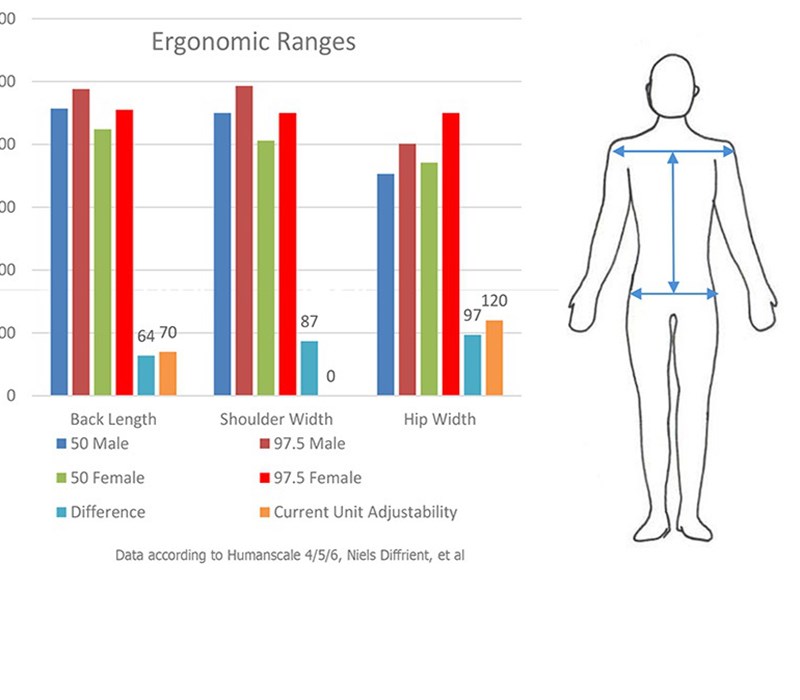 That initial system was provided in two parts: a shoulder worn yoke and support frame that slotted into fittings attached to a waist belt, and an upper assembly comprising the screen and system electronics. The joint between these two elements incorporated an electrical connector which was vulnerable to damage.

Other issues included: the need for the system to be adjustable to fit a range of torso shapes and sizes, including suitability for a woman to wear; the system should be less industrial looking; incorporation of battery management and shut down technology; have a reduced build cost; be rain proof and light weight.

“There are plenty of good product designers and good design engineers out there. However ‘good’ simply wasn’t good enough for me. I had to source an exceptional company that could get under the skin of our product and vision and deliver a new design that takes into account a variety of complex challenges, including timescales. I needed a straight talking team that would take ownership of the problems fast and find robust workable solutions to ensure iWalker was fit for a global market.

From the very first meeting with Andrew, Tristan and Bjorn I knew they were an efficient, professional and enthusiastic team. i4 delivered what I can only describe as a fantastic design for iWalker and more importantly it was ready for manufacture. The entire team, their service, tea, hands on approach and sheer expertise exceeded all of my expectations.”

i4 analysed anthropometric data to determine the size range for the specified user type and considered how we could allow for that adjustment within the structure. The system needed adjustment but without interfering with its stability and balance.

We determined that the previous system which was supported on both shoulders and on each side of the waist, was inherently set up to let the display sway from side to side. Based on our human factors study, the i4 team favoured a single central mount at the waist with a rigid structure, and constructed wooden test rigs to prove that this principle worked well. 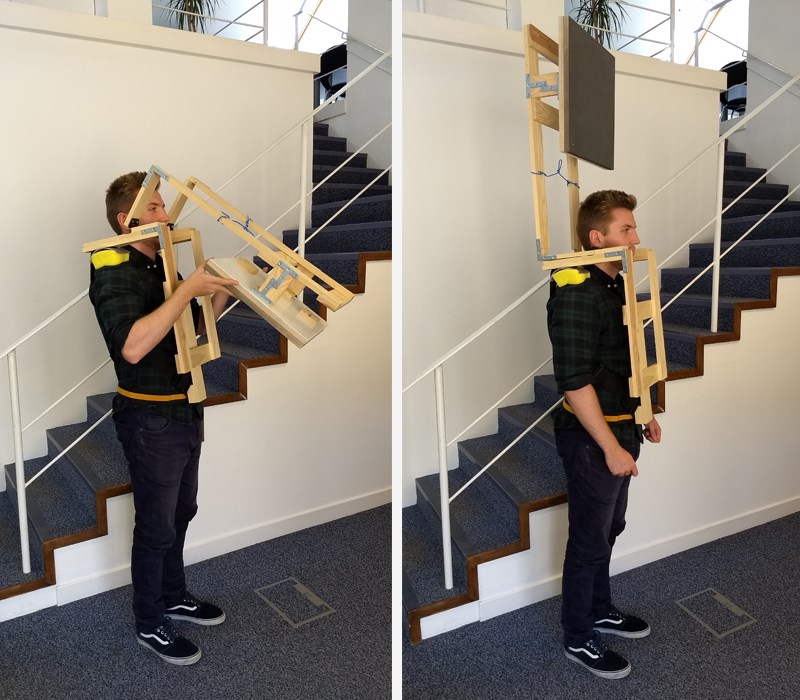 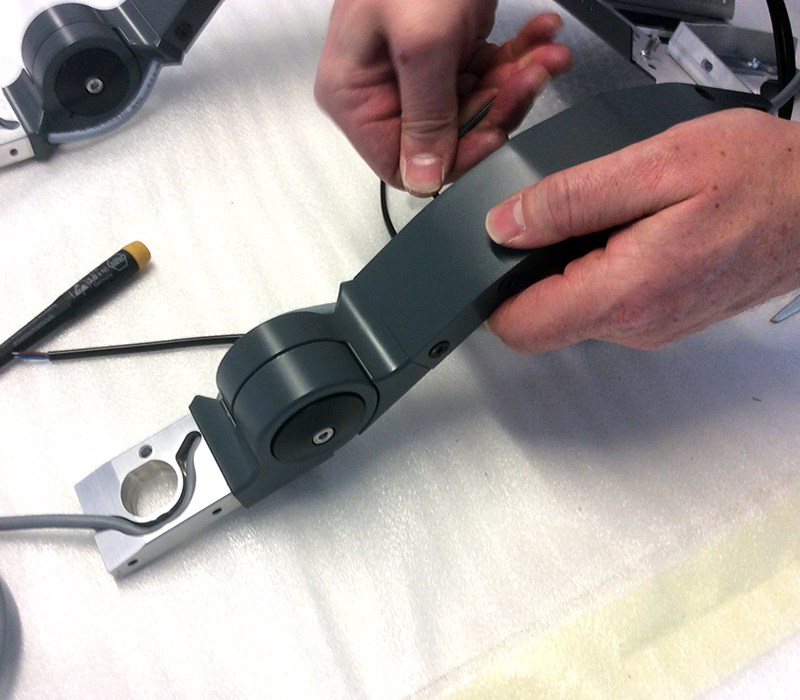 The biggest challenge was how to construct a system that one person could deploy. We quickly identified a hinge near the shoulder but the potential risk of the upper mass falling forward was more challenging. We investigated a range of options, including gas struts and off the shelf torque hinges before we developed our own mechanism.

Having determined the product architecture we wanted to unify the elements of the iWalker using product styling.

i4 developed a hinge that integrated the two main elements of the iWalker system, whilst allowing a free swing to deploy the upper screen above the wearers head. Two push locks provide a safety device when the screen is vertical. The clever part of the hinge rests within a clutch mechanism which bears the weight of the upper assembly to control its descent. Once folded the iWalker becomes much easier to put on/take off and to transport.

A replaceable foam pad fits within the moulded shoulder yoke and the overhead system is supported by a lightweight aluminium frame. The upper moulded housing has been developed around an internal sheet-metal structure – which provides a platform to mount all the electronic components – and the moulding incorporates a seal to provide the desired shower proofing.

The old power interconnection is replaced with an unbroken cable from battery circuitry in the lower frontal Y section, through the hinge, to the upper housing. The rigid connection to the sturdy waist belt includes a lockable height adjust mechanism. 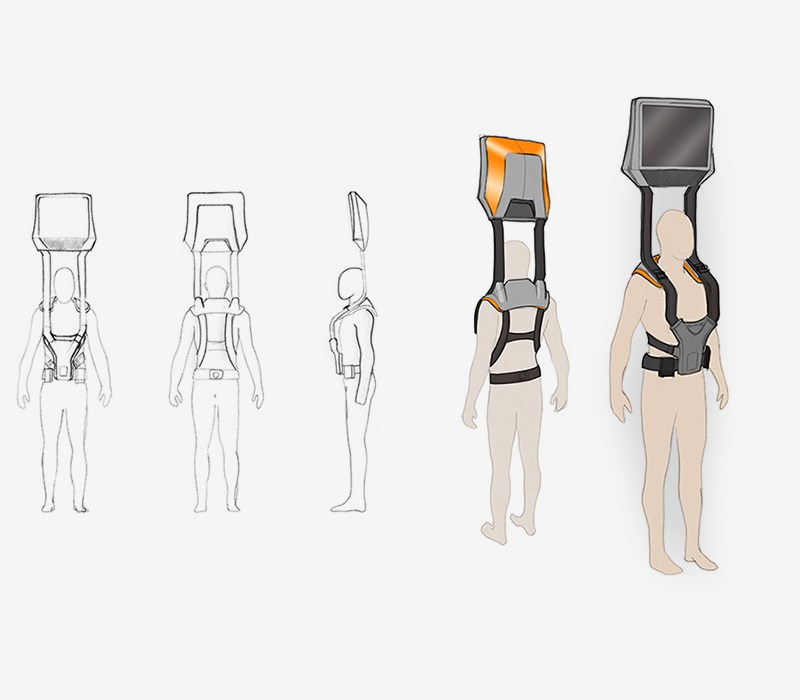 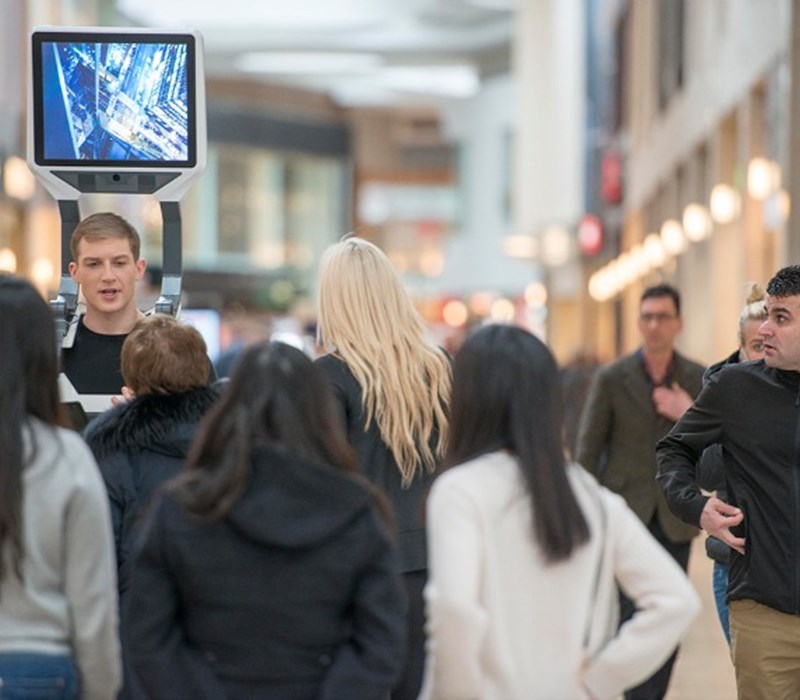 Nomadix wisely invested in a Prototype system and used that to gain market feedback. That unit incorporated model made enclosure parts, which were heavier than those of the final polyurethane moulding, but this was the opportunity to check the design before investment in tooling.

The prototype allowed Nomadix the chance to demonstrate the system to potential buyers. i4 also provided Nomadix with photo realistic animation and renderings to further support their sales activity. The prototype system was recorded as catching the eye of shoppers recently when it was trialled in one of the UK’s largest shopping malls.

Throughout the project i4 had worked with a rolling Bill of Materials to identify the expected build cost. Weight however proved to be the bigger challenge and a number of weight saving opportunities were incorporated into the design – the greater part of which was to use Polyurethane foam mouldings for the main mouldings. Strong and lightweight these mouldings were perfectly suited to the requirement.

The inner shoulder pad could be ‘tuned’ in terms of the composition of the PU to achieve the correct amount of comfort. 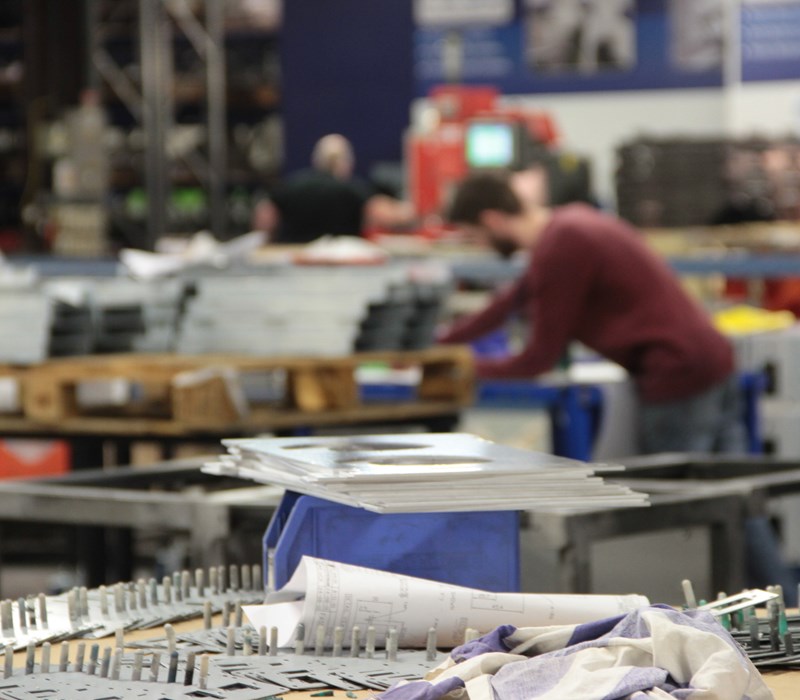 We like to find new, better and efficient ways of doing things. Contact us to discover how i4 Product Design can solve your current design challenge and take your product to the next level.