What does Marie Kondo have to do with 5S or Lean Manufacturing? 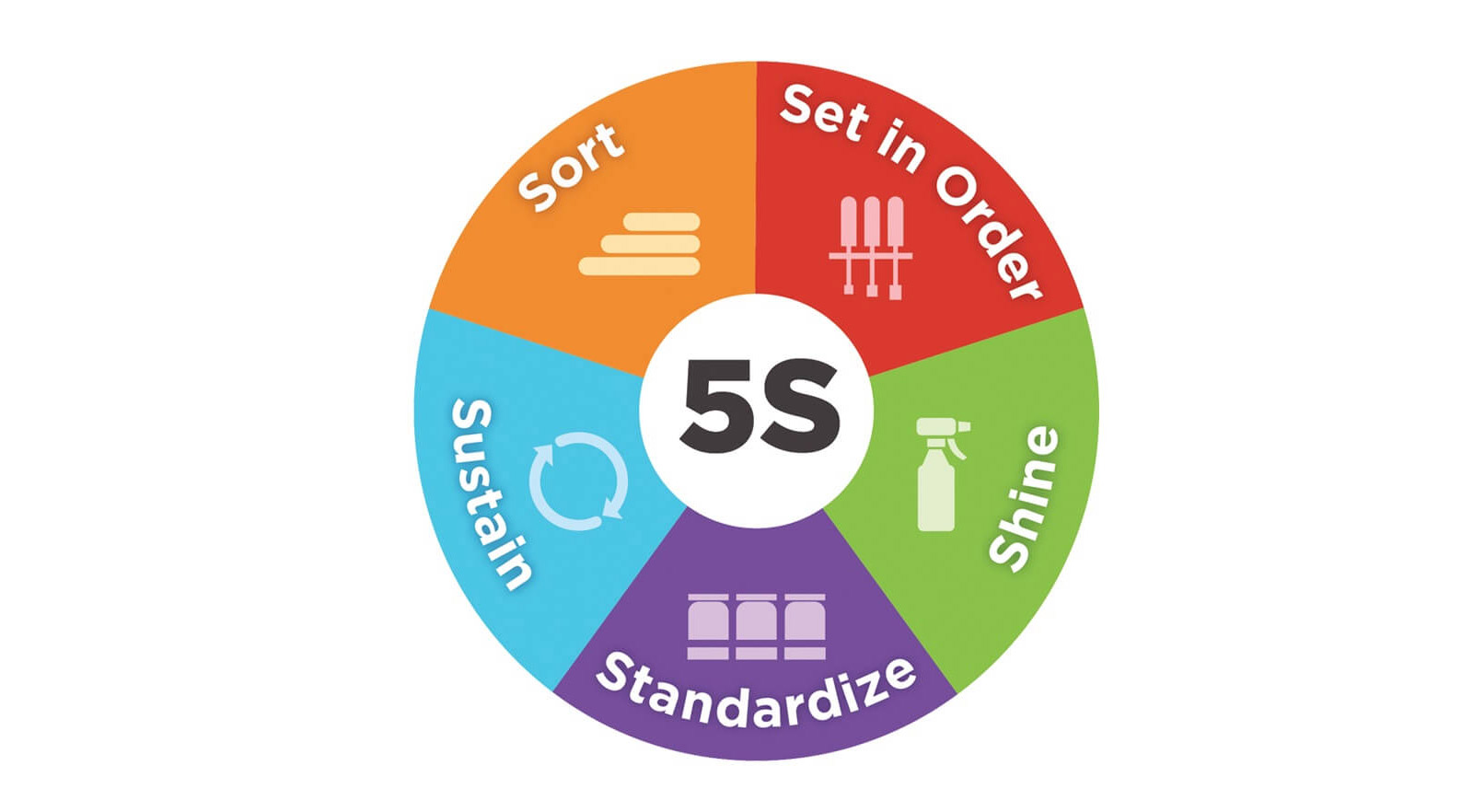 Before Kondo was sparking joy on Netflix, there was Toyota’s 5S Lean Manufacturing.

Marie Kondo, author of The Life-Changing Magic of Tidying Up, may not immediately come to mind when thinking of Industrial Design, but before the six-step KonMari method began sparking household joy, designers and engineers yearning for clutter-free workspaces were conjuring up similar organisational bliss since the 1980s.

So when i4pd Product Designer Ben Crichton first heard of the KonMari method, he thought it sounded familiar.

“It seemed like a little bit of a rip-off of 5S,” he joked, clarifying that the system has transferrable principles. “5S doesn’t have to be applied to a workplace or a manufacturing line. I do it at home as well, but I am a bit of a nerd for it.”

Crichton says the purpose of 5S is to optimise your efficiency as much as possible so there is no wasted effort.

Below are the Japanese definitions of 5S and the English translation:

Increased productivity, higher quality standards, especially a safer work environment, and even boosted employee satisfaction are just some of the promises behind implementing 5S.

“From that, I essentially caught the bug of organising workspaces to be more fit for purpose,” he said.

Crichton was first introduced to 5S at University when he was assigned a case study about Toyota.

In striving for life direction and purpose, Toyoda turned inward and began meditating on what he later referred to as the 5 Why’s’: to find a solution to a problem he was experiencing, he would ask himself ‘Why’ the problem was occurring five times.

The ‘5 Whys ’concept has been adopted by numerous ‘lean’ methodologies that aim to problem solve through agile processes that create improved efficiency and quality. Social Innovator and author Ann Mai Cheng recently updated the 5 Whys concept for her book Lean Impact: How to Innovate for Radically Greater Social Good.

Later, Toyoda’s son Kiichiro Toyoda turned his father’s loom manufacturing company into an automotive one, and together with Toyota Manufacturing Engineer Taiichi Ohno, founded 5S which along with Lean Manufacturing has similar principles to the Japanese 'Just-in-Time' (JIT) manufacturing philosophy.

The process was coined ‘5S’, adopted by Toyota, and became the Toyota Production System which the company credits for remaining one of North America’s most efficient manufacturing facilities.

Crichton had the chance to implement the system whilst working in Australia and then brought the system to i4pd.

“The impetus behind [implementing 5S to i4pd] was the company introducing electronics as a service, and we were dividing our lab to accommodate.”

But for i4 Product Design, Crichton says the benefit of 5S as a company process extends to customers.

“It makes us more efficient when we are prototyping, and hopefully that gives clients confidence in us. We’re not wasting time in other areas of the project.”

It’s no secret that a clean and well-organised workplace can increase efficiency and therefore productivity, and the method has since crossed over to other industries.

i4pd is regularly approached by companies who embarking on a fundraising venture for the development of their technology but need support with the creation of a proof of concept prototype and/or visualisation of the final product to raise the required investment.

Contact our Business Development Director to learn how i4pd can take your design to the next level.

Want to leverage our Design Insights for your product? Subscribe now