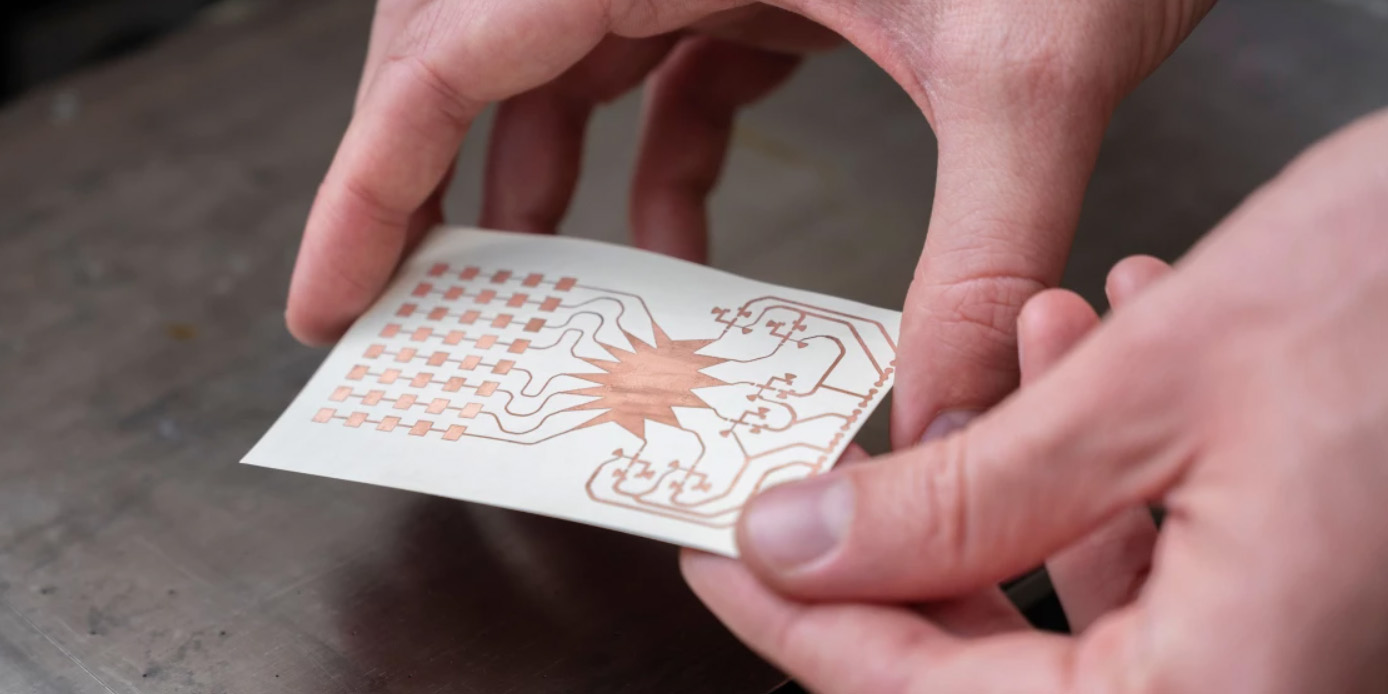 Georgia Institute of Technology announces it has developed a 3D-printed rectifying antenna the size of a playing card that can harvest electromagnetic energy from 5G signals and use it to power devices, transforming 5G networks into wireless power grids.

According to the team at Georgia Tech, 5G communications will offer a unique opportunity, "5G has been designed for blazing fast and low-latency communications. To do so, mm-wave frequencies were adopted and allowed unprecedently high radiated power densities by the FCC. Unknowingly, the architects of 5G have, thereby, created a wireless power grid capable of powering devices at ranges far exceeding the capabilities of any existing technologies." 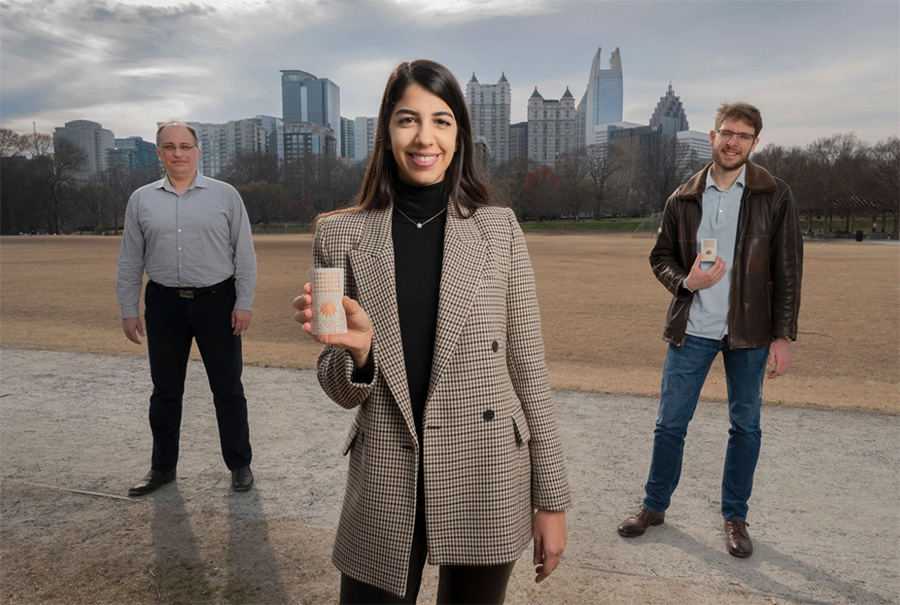 Researchers Aline Eid (center), Manos Tentzeris (left), and Jimmy Hester (right) collaborated in the development of a flexible lens-based rectifying antenna system for 5G energy harvesting. The team came up with the solution to use a component called a 'Rotman' lens – the spiky-looking plate at the centre of of the card. These lenses are handy in a range of mm-wave applications as a beam-forming tool, and in effect, can turn a large, single, high-gain, narrow-angle antenna beam into a series of simultaneous beams that cover a much wider angle. By adding a this component to their design, the team says it now has a printable, flexible energy harvesting system that can receive power from any direction, and is capable of pulling in 21 times as much power as a "referenced counterpart" offering the same coverage.